I believe this is the oldest obituary I have of a direct ancestor, Walter Harris, my 4th great grandfather.  Walter was born 1769 in Wales.  He came to America at the age of 85 with his wife, Sarah, and settled in Johnstown, Pennsylvania.  He died 10 years later in 1864.  His obituary is particularly interesting: 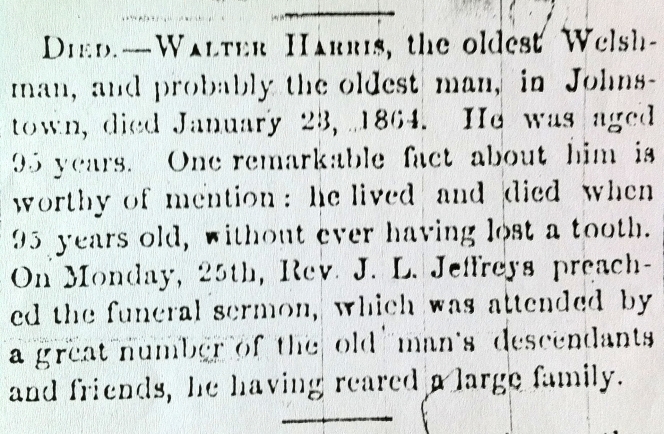 Walter must have been very proud of his health, particularly his dental hygiene, for his relatives to relate this fact to the columnist.  Another great detail is that he reared a large family; I’ve only been able to locate records for 3 of Walter’s children, but that may just be a fraction of his total offspring.  After all, his daughter Catharine had 16 children.